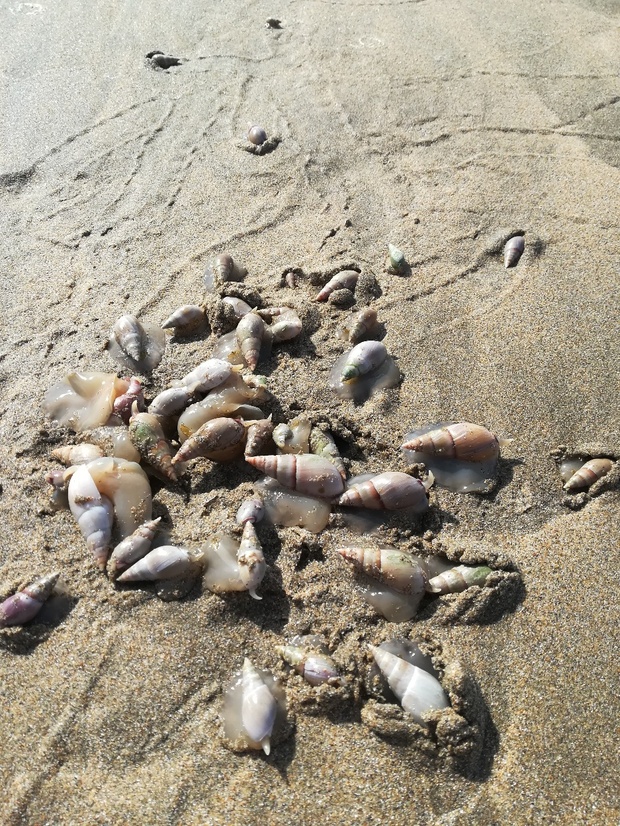 At first glance this organism may not seem of too much importance but actually plays a major role in the sandy beach and surf zone ecosystem.

The days we hike along the sandy beaches we come across the famous Plough Snail, at first glance this organism may not seem of too much importance but actually plays a major role in the sandy beach and surf zone ecosystem. They have been nicknamed the “beach cleaners” because that is exactly what they do, rid the beaches of carrion. They search for jellyfish, bluebottles and other animals that have been cast ashore and quickly congregate into a feeding frenzy. They are completely blind and rely upon their keen sense of smell to detect carrion.  Plough Snails feed by liquefying flesh and sucking it down a proboscis (trunk) towards the radula. When the tide starts to rise, the snail emerges from the sand, spreads its large "foot" like a sail, and surfs up the beach in response to the smell of carrion. The large foot is also used to burrow into the sand when the tide recedes to prevent being washed away by the waves.  As soon as the water level drops the snail re-emerges and heads up the beach to the high tide mark. This species is extremely slow growing and only reaches a maximum size of 5.5cm. They grow quite rapidly in the first year, reaching 1cm in size, but it takes 10 years to get to 4cm.

It is always exciting to see these animals and even better so to see them in action as it gives me the chance to show our hikers and explain to them the important role they play. So remember small organisms have big jobs to do too! 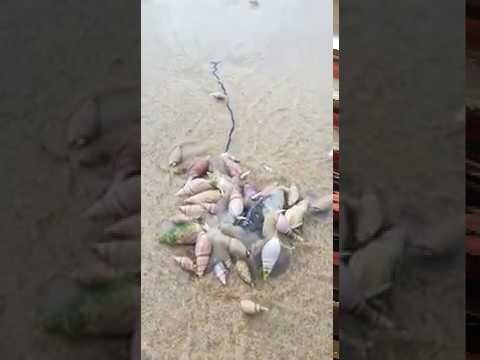 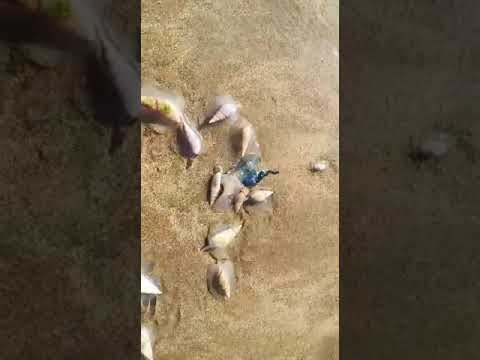 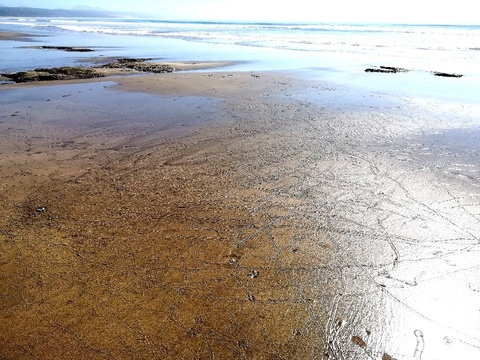 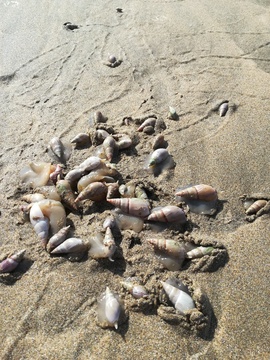