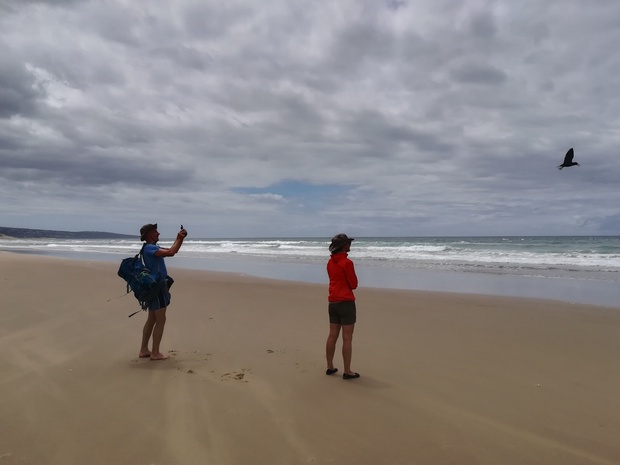 On day 2 of the Oystercatcher trail we hiked a 12km coastline between Danabaai and Boggomsbaai. It is a less demanding hike then the previous days mountainous terrain. We often come across bluebottles (Portuguese man of war), jellyfish, plough snails and different seabirds and discuss the role these species play in the environment that they inhabit. On this particular day we came across a pair of African black oystercatchers. What was so unique about this encounter was that the pair had obviously nested nearby and were protecting it by flying close towards us and vocalizing in a sharp alarming tone to deter us from their eggs or chicks. We were respectful of the birds behavior and did not linger as to aggravate them more. However, they followed us for about 100m before they realized we were not a threat and retreated back to their home territory. It was an amazing experience to see these birds display this behavior over such a long distance but it brings up the question why did these birds feel the need to protect their nest from us for such a great distance? Had they been disturbed already that day by other people passing or preying birds? Or are they new parents who had a powerful urge to defend what they had so proudly accomplished?

Fun facts about the oystercatcher

Oystercatchers are monogamous meaning they mate for life.

They make their nests, a simple scraping in the sand, above the high-water mark.

For a long time, these birds were threatened but due to conservation efforts they are now listed as near threatened.

The total population is estimated at 5000-6000 individuals with roughly half in South Africa and half in Namibia. 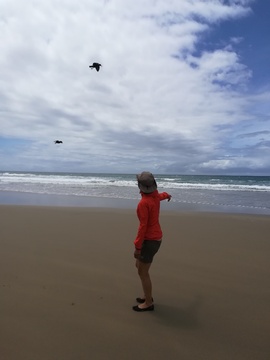 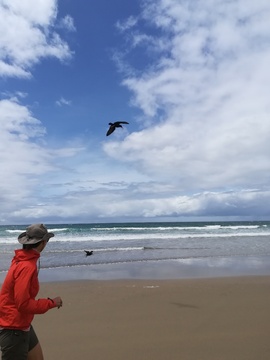 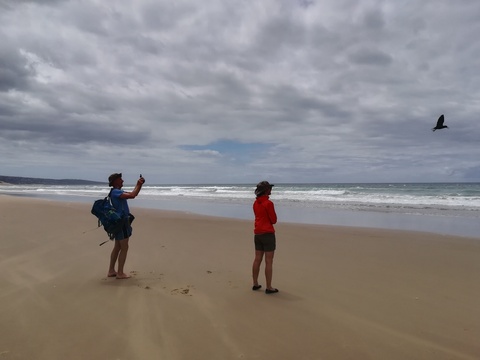