The fish traps of Kanon 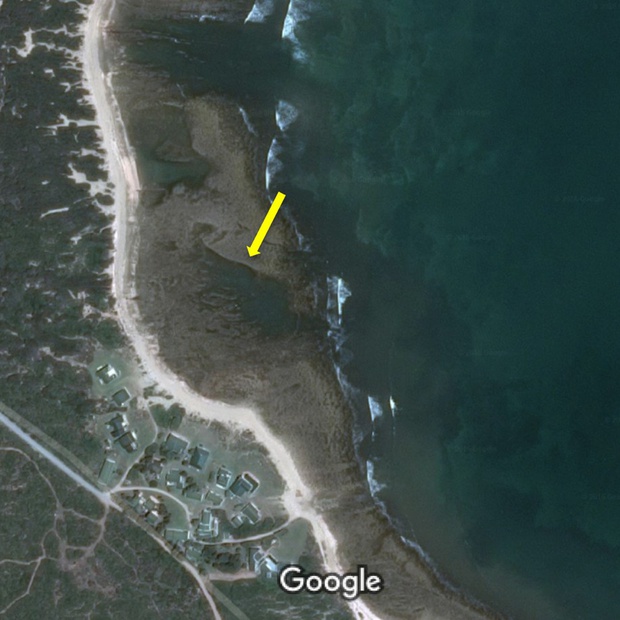 If you walk the Oystercatcher Trail with us, you’re going to walk past the stone fish traps at Kanon, near Vleesbaai (see arrow in the image above) - and the fish trap is considered the oldest technology still in working in Southern Africa today.

The kind of fish trap (‘vywer’ in Afrikaans) that you'll find along our coast is built to a very precise design, which probably evolved from observations of the behaviour of fishes trapped in natural pools left behind by the receding tide.

The seaward side of the trap wall slopes gently away so that the structure is able to withstand the pounding of the waves; the landward side is kept vertical so that the trapped fishes can’t swim over them; and the rocks are dry-packed to allow the pond to drain slowly - which allows the operator of the trap time to grab by hand the fish caught behind the wall when the tide runs out.

No one really knows the age of the stone fish traps of the Southern Cape (at places like Kanon, but also - and probably more famously - at Stilbaai), but most sources seem to agree that, because of changing sea levels, the oldest ones couldn’t have been built more than 2,000 or 3,000 years ago.

You have to be very careful answering this question, because a number of the terms used to describe the early inhabitants of the Cape - particularly ‘strandloper’ and ‘khoisan’ (as in ‘khoi-san fish traps’) - have recently been shown to be misleading, and sometimes even derogatory.

Strandloper - beach-walker - is considered misleading, because it describes people who spent only a part of their time on the beaches, but whose diet in fact included animals as well plants from inland; while ‘san’ - possibly from the French ‘sans’ - is considered derogatory because it was given by the early settlers to hunter-gatherers who didn’t herd cattle at a time when owning cattle was the measure of wealth among the more powerful peoples of the area.

So let’s just say that they were built by ancient people who knew a thing or two about survival!

Because of the fact that they’re of necessity built in the intertidal zone, the preservation and conservation of these ancient structures present a number of unique problems.

According to the Hessequa Society of Archaeology (Hessequa is the district municipality to the west of the Gourits River - and thus our immediate neighbours), “When the first white colonists arrived in the late 1700s and early 1800s, the indigenous Khoekhoen were still working the fish traps, and the new settlers quickly adopted their ingenious techniques. Later operation of the fish traps required a permit from the local magistrate.”

Ironically, the 23 fish traps at Stilbaai’s Noorkappers Point were previously maintained by the local farmers and fishermen, who gave each one, “its own folk name, such as Elmboog (Elbow) and Krom Knie (Crooked knee).” But the locals haven’t been able to do this since Noorkappers Point was included in the restricted zone of the local Marine Protected Area when it was declared in 2008, and the Society now believes “that it is of the utmost importance that a solution is found that will allow these fish traps at Noorkappers Point to continue to be preserved as an example of the oldest working technology in Southern Africa.”

... Sadly, too, the fish traps at Kanon have also fallen into similar disrepair - but we’ve made it a priority to find out which organisations should be caring for them so that we can pressure them into preserving them from slipping slowly back in to the sea.