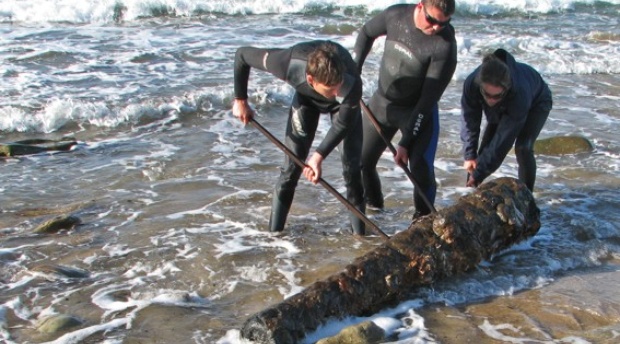 The sea gives up its stories only slowly - and it’s always interesting to see whom she chooses as the recipients of her secrets.

Fransmanshoek - one of the capes we visit on our Oystercatcher Trail - gets is name from the wreck of the French man o’ war, La Fortune, which sank here on the 11th of September 1763 during a voyage from the East, via Réunion to France.

She’d anchored just offshore to load fresh water from the spring - which still runs today - but an easterly gale drove her onto the rocks, and she couldn’t be saved.

Fortunately, all 441 of the soldiers and sailors onboard made it safely to shore, and all of them made it safely to Cape Town, too - although they had to walk, of course. (And they didn’t even have the benefit of a vehicle to transport their luggage from guest house to guest house like our Oystercatcher Trailers do today...)

Although the record in the Cape Archives (Verbatim Copies: VC29) shows that all the valuables on board were removed at the time, this isn’t quite true, because the ship went down with 56 cannons - which might not have meant much to the people of the day, but which mean a lot to us in the 21st Century.

Only four of the cannons have been found, though (two in the 1930s, one in the 1960s, and one in 2011) - and three of them remain preserved in the nearby village of Kanon (guess where the name comes from?), which forms part of the Fransmanshoek Conservancy, and through which we pass on our Trails.

The Oystercatcher Trail’s Fred Orban was involved in the recovery of that last cannon, so we’ll let him take up the story:

“The cannon was first exposed on the beach during an exceptionally low spring tide in April, and then appeared again during another low tide in August. But because of its archaeological value, we couldn’t just lift it and carry it away - we had to have permission from SAHRA (the South African Heritage Resources Agency) and others.

“So Amanda Human of the Dias Museum in Mossel Bay helped us with all the formalities, and eventually we were able to legally lift it out of the sea, and move it to one of the nearby farms for cleaning and preservation,” he said.

“But there was an interesting coincidence here, because it was first spotted by a Fransmanshoek local named Louis Fourie - whose grandfather (also Louis) found the third cannon in 1960!”

Fred said that the poet Breyten Breytenbach holds a special place in his heart for Fransmanshoek and the Boggomsbaai area.

“He convinced the French Consulate in Cape Town to donate money for a plaque to commemorate the wreck of La Fortune, which was erected on the stone information building at Fransmanshoek during a ceremony attended by consular staff and representatives from the area.

“This is also where Oystercatcher Trailers enjoy lunch on the 3rd day of their walk - and where the 4th cannon now rests, still under restoration and preservation after having spent 250 years under the waves,” said Fred.

Map of the shipwrecks of Mossel Bay